Another study has found more evidence to link infection with the Epstein-Barr virus (EVB) with the development of multiple sclerosis (MS).

Announced in a presentation given at the European Committee for Treatment and Research in Multiple Sclerosis (ECTRIMS), the research found an increase in neurofilament light chain (NFL), which is an early indicator of nerve cell damage and thought to occur before MS.

In the study, EBV antibodies were found at 10-15 years before disease onset, and increased NFL levels at around 5-10 years before onset.

There were no correlations found between NFL levels and antibodies, but no NFL elevations were detected in the 7% of the group who went on to develop MS but who did not develop EBV antibodies.

The researchers said their findings support the theory that EBV infection even early stage signs of MS, and is a trigger for the condition. 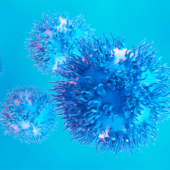 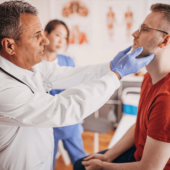