MS-UK is a national charity formed in 1993. We are here for people affected by multiple sclerosis (MS) – that’s around 130,000 people in the UK or one in 500, with about 130 people diagnosed every week on average. It is estimated that there are 2.3 million people living with MS worldwide. MS-UK is here for anyone affected by multiple sclerosis, to empower them to live healthier and happier lives by improving the understanding of MS and providing support where it is needed most.

The role of a Trustee is one of the most important. Our dedicated Board of Trustees work closely with the MS-UK management team to develop and ensure the effective implementation of our Strategic Plan. 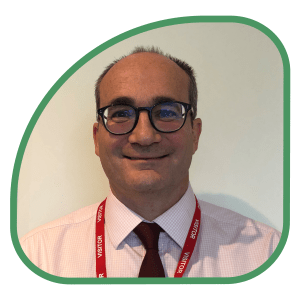 Matthew joined the MS-UK Board in 2017 and acts as our Chair of the Board. No stranger to supporting charities, Matthew is Treasurer for another national charity and the Deputy Chair for the Colchester Mercury Theatre, bringing knowledge of the local area to our Board.

Matthew, who is a Commercial Manager in the banking sector, has a busy day job looking after 40-50 local and regional businesses which range in turnover from £2m to £50m.

‘At 16 I decided to join a bank rather than spend the rest of my life getting up at 5am each morning. I have lived in Colchester for the last 15 years with my wife, Claire and three daughters Holly, Lara & Milly. The only other male in the house is George the dog (we stick together).

‘The experience I have gained over the past years and contacts within the business community have enabled me to help several community organisations. Being involved and supporting the local community is important to me and makes life far more interesting!

‘In 2013 I was given the opportunity to represent MS-UK in the Virgin Money London Marathon raising over £3,000. It is an organisation which does tremendous work to help all affected by MS and I am very fortunate to have opportunity to work with the Board and staff to help in any way I can to achieve the organisations goals and aspirations.’

When he’s not spending his time driving to and from dancing or piano lessons you will find Matthew watching Colchester United or Colchester Rugby Club. 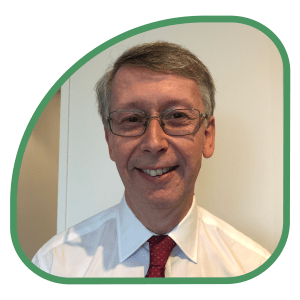 The official globe-trotter of our Board, Michael joined us in 2010 and since then has brought his experience of the corporate sector to MS-UK. Michael has spent his career at Baker & McKenzie, the original global law firm, after studying languages and law at university.

‘Most of my working life I have worked in the city of London, but my wife and I have also spent a couple of years with my firm working in the Far East (in Singapore), five years in Chicago (travelling around at least 37 of the US states) and around three months in Almaty Kazakstan.

‘I work as a corporate lawyer and lead our team of cross border lawyers in London focusing on mergers and acquisitions. I continue to travel all around the world for my job – which I love. I am writing this looking at Table Mountain in Cape Town, South Africa!

‘My wife was diagnosed with MS whilst we were in Chicago – it was a pretty traumatic time for us both. It is easy to feel quickly out of your depth. I joined the MS-UK Board to allow me to bring to bear my experience of all that goes with a diagnosis and because I whole-heartedly endorse the value of independence that lies at the heart of what MS-UK seeks to do in the world.’

Michael believes his greatest achievement is yet to come. Michael and his wife live in Kent, the Garden of England, and together they enjoy growing lots of vegetables and fruit. ‘My wife is a qualified horticulturalist and our latest plan is to spend more time in the south of France, grow some olives there and become self sufficient in our needs for olive oil!’

Way back in 2007, Fiona Sakal, a Floral Designer, joined the Board of Trustees.

‘My brother-in-law had MS for 24 years and although I was not fortunate enough to meet him, the impact his condition had on the rest of the family remains, so I was delighted to be asked to join the Board of Trustees. Obviously, I was full of enthusiasm and committed to running the Virgin Money London Marathon the following spring! I definitely did not take into account the enormity of the training schedule that had to fit in alongside my final law exams, a full house renovation and a wedding.

‘Fast forward 11 years and two little girls, I am still as passionate about MS-UK as ever and love to get involved wherever possible. I am incredibly proud to represent MS-UK and excited to see what we can achieve in the future.’ 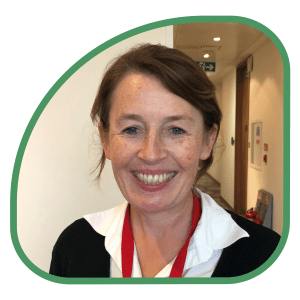 Claire joined the MS-UK Board of Trustees in 2016, and runs her own client relationship management company, specialising in supporting clients from the legal, accountancy, IT, insurance and property sectors to strengthen and deepen client relationships.

After gaining a BA Hons in History from the University of London, Claire went to The College of Law, Lancaster Gate before qualifying as a solicitor in 1995. She moved into Business Development leadership roles after qualifying and has worked for a number of large, global law firms. In January 2014, Claire established her own consultancy, Client Face.

‘I am hugely passionate about using my experience and skills to help MS-UK achieve its overall vision and mission.

‘My personal commitment and empathy for MS-UK originates from a history of MS within my family. My aunt, aged 81, has had MS for the last 40 years and my sister, Sarah, was first diagnosed with MS in 1992 at the age of 24. She lived with one of the most aggressive forms of the disease and sadly died in 2009 at the age of 42. Throughout these years, Sarah received so much support from her local MS Society and I would now like to give something back to MS charities and help others who live with MS to live their lives to the full.

‘I have been extremely impressed with the approach that MS-UK takes in terms of giving people living with MS practical information and all the options available to them in an impartial way, not linked or influenced by any third parties. I am also impressed by the positive, enthusiastic and genuinely caring attitude of all the staff at MS-UK and a team that I am very proud to be part of.’

Claire lives in West Berkshire with her Jack Russell, Maximus.

A lifelong supporter of charities, Claire says one of her greatest achievements was running the New York Marathon in 2003 for the MS Society and the London Marathon in 2011 for North London Hospice. 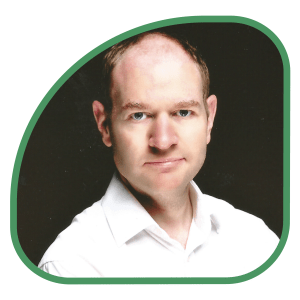 Phil joined us in 2010, and since then has helped to shape the charity so it could become what it is today.

After a degree in physics at Imperial College, and then a doctorate at Oxford, Phil moved out of the academic world and began a career as a management consultant, initially with Price Waterhouse. Phil spent over 20 years advising and leading private and public sector organisations, in the UK, continental Europe and the US, in major programmes of business improvement and transformation. He lived and worked in Geneva for a couple of years, and was CEO of an outsourcing startup.

A couple of years ago, because of his worsening MS condition, Phil had to step back from his consulting career.

‘I was diagnosed with multiple sclerosis in 2007 so I immediately tried to find out more about MS and what I could do. Of the various organisations offering advice, it was MS-UK (or MSRC as it was at the time) that I found most helpful and supportive. The pragmatic and un-blinkered information, the positive attitude of taking control of your own situation helped me through those first difficult few months and years.

‘So for me, the chance to use the skills I had developed in my consulting career for an organisation that really was making a difference to people’s lives, was a great opportunity.

After much cajoling from his wife, to help him deal with MS Phil started meditating about 5 years ago. This has become a real passion for him, and he went through the Mindfulness based Stress Reduction Course teacher training at Bangor University. He now teaches meditation to people with MS on a pro-bono basis. 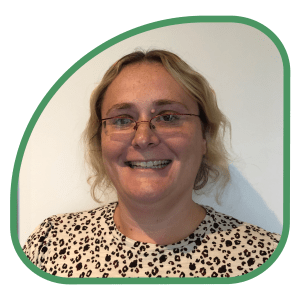 Laura recently joined our Board of Trustees in 2019.

Laura lives in Colchester with her family and is a registered Occupational Therapist working as Head of Clinical Operations at St Helena, a hospice charity in north Essex. MS is one of the life-limiting illnesses that Laura helps to support in her role.

Laura is a strong believer in choice and independent living in spite of, and not limited by, a life-limiting diagnosis.

From a personal point of view, Laura’s sister-in-law lives with MS and as a family member, Laura has followed and supported her journey to date. 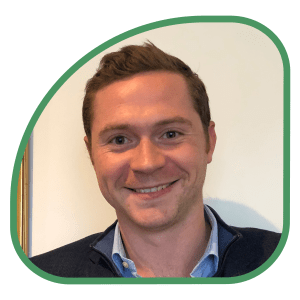 Charlie is a new addition to the Board of Trustees and joined us in 2019.

Charlie is 25 years old, currently living in London and works for a sports, media and entertainment headhunting and consultancy firm. In his spare time, you’ll normally find him watching or playing some form of sport.

He has been exposed to the harsh realities that MS can bring for the last 10 years when his mother was diagnosed with relapsing remitting MS.

MS-UK was the charity that he identified with most strongly and therefore when the opportunity arose to take up the position of trustee, Charlie says it was an easy decision to take.

‘The work MS-UK does is integral to the fight against MS and ensuring that those who are affected in any way have the support and knowledge to best deal with the condition. Whether you, a family member or a friend have a diagnosis of MS, learning to live with the condition is a challenging task for all and there is no substitute for having the support of those professionals who you know are always there to help if needed,’ Charlie said.

Charlie believes there are plenty of opportunities for him to influence the fantastic work currently undertaken by MS-UK and he can’t wait to get started.