Our HSCT journey and the story of AIMS Charity

Alison Coates shares how HSCT for multiple sclerosis changed her husband’s condition and paved the way for a new charity.

Eleven and a half years ago, I was working in Malta assessing exams. On this particular night I’d gone to a special showcase evening at one of the schools where I was working. About halfway through the night, I got a call from my husband James. He’d been having tests (after months of nagging from me) when his leg had stopped doing what it was told. It was May, and he’d had a battery of tests since January – blood tests, an MRI, a lumbar puncture… and this was the day he got the definitive diagnosis. It was multiple sclerosis (MS).

We knew nothing about MS, we just knew it was bad. It didn’t help when my fellow assessor (a really lovely colleague of my mum’s age) looked very serious, and said that she’d rather be diagnosed with cancer than MS. We’d already lost family members to cancer, and supported friends who had faced it, and so this really scared me. As the years have gone on, and I’ve witnessed MS in action, I know exactly what she meant.

I remember heading for the ladies’ toilets and sobbing my heart out before composing myself to go and smile and watch these children presenting their work. And I was in another country – I just wanted to get home to James and begin to make sense of what it all meant.

When I got home, I went into research mode. Over the next few years, we tried all the diets recommended for MS, but nothing seemed to help. MS is a disease of inflammation, and it seemed as though James’ entire system was chronically inflamed. Cutting out certain foods helped a bit, but it was clear we were on a very rapid downward trajectory. We tried Tai Chi, Reiki, massage, supplements, LDN. You name it, we tried it. But within just a year he needed a walking stick to walk any distance. His cognitive function slowed right down, almost like someone who had dementia. He suffered from insomnia and dreadful fatigue – sometimes he was too exhausted to even eat. That was just the start – for the next five years it almost felt as though there were new, terrifying symptoms almost on a monthly basis.

Some of the things that happened to him – in public – were so excruciatingly embarrassing for him that I just wanted to cry. Watching a loved one go through something like that is so painful. I remember going to the races shortly before he got a walking stick, and he fell on the steps – security assumed he was drunk, when the truth was that he’d hardly drunk anything that day for fear of having to rush to the loo every five minutes. That was an especially low point.

And then, in 2014, we found out about HSCT – a stem cell transplant that was still relatively new in the UK as a treatment for MS, but which had been used globally for many years. So, we started fighting. And we carried on fighting until James was accepted for treatment on the NHS. We were incredibly lucky – there’s no way James would be accepted if he were to apply in 2022, but back then there weren’t so many people trying to get it.

In May 2016, almost exactly five years after his diagnosis, James started his treatment, and many friends and family attended our fundraising ball, which had been intended as a way to raise funds for him to have the treatment overseas – in the end, those funds helped us to get AIMS started, and we officially launched as a charity in 2017.

James had SPMS and no active or new lesions – key criteria for patients trying to access HSCT today. There are over 150,000 people in the UK with MS and only a tiny proportion of these (under 1%) have been able to access HSCT. HSCT isn’t for everyone, it involves heavy chemotherapy and other deeply unpleasant drugs, and there are risks – but everyone with MS should have the opportunity to at least know about HSCT. Some people with MS don’t have people to fight their corner, or they’re too ill to advocate for themselves, and that’s why AIMS is necessary. HSCT can reverse superficial damage caused by inflammation (most often seen in those with RRMS), but it can halt progression in the overwhelming majority of patients no matter what kind of MS they have. James has been lucky – he has had numerous improvements that have lasted, but they are a bonus. The important thing is that we are now six years post-transplant with no further progression.

The last six years have been an amazing journey that have seen us grow as a charity, and for the last three years we have been able to award travel grants to people undergoing the same treatment as James – the overwhelming majority of them will see their MS halted. We’ve also launched a free peer support service in the last year, where people can talk confidentially over zoom with one of our trained peer support consultants – most of whom have had HSCT themselves.

But there are many, many people that either don’t know about HSCT or who have been given incorrect information about it – we are hoping the STAR-MS trials, currently running across the U.K. will change that – it’s scandalous that not a single person from Scotland with MS has been able to access HSCT on the NHS, and hopefully that will change soon.

We still have a lot of work to do.

The pictures shown throughout are from different stages of James’s MS journey. You can see the dreadful inflammation attacking James’ body in the first picture, another following his chemo, and two more from our daughter’s wedding, just last month. We are certain that without HSCT James would be in a wheelchair by now – or worse. As it is, James was able to dance with his daughter on her wedding day and walk her down the aisle – that would have been unthinkable without HSCT.

Every day we are grateful that he was able to access HSCT and we will continue to fight to raise awareness and increase access to the treatment.

AIMS charity is run solely by volunteers and we are a peer-led charity (I’m actually the only member of the board that doesn’t have MS!). Any and all support is gratefully received. You can donate to AIMS (Auto Immune & Multiple Sclerosis) here. 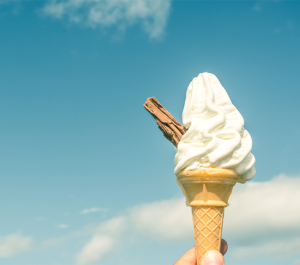 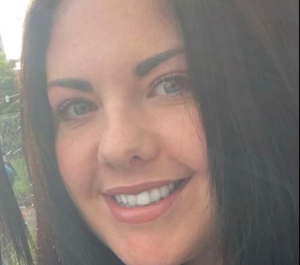 “How am I going to look after a baby when I’m like this?” 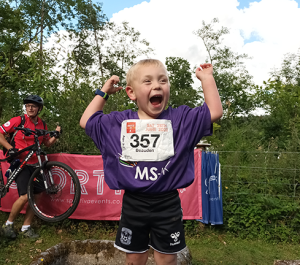