A new meta-analysis has found that non-invasive brain stimulation (NIBS) may reduce spasticity, fatigue, and pain, plus improve quality of life in people with multiple sclerosis (MS).

The reviewers said a lot of studies analysed lacked good methodology, so more research is needed, but results showed the techniques can make immediate improvements to some of the neurological symptoms of MS, and these effects can last for a month or more.

NIBS non-invasively modify electric signals within the brain. The most commonly used are include transcranial magnetic stimulation (TMS), which uses magnetic fields to generate short electric pulses to stimulate specific areas of the brain, and transcranial electrical stimulation (TES), which uses electrodes on the scalp that pass a weak current between them to stimulate brain tissue. Both types have different methods of delivery within their type.

Researchers included 596 patients from previous studies from around the world. They found that both TMS and TES helped fatigue and spasticity, with repetitive TMS targeting the primary motor cortex having the best immediate effect on fatigue, and direct current TES targeting the left dorsolateral prefrontal cortex working best for long-term fatigue.

The best short-term benefits for spasticity were seen with intermittent thera-burst TMS that targeted the primary motor cortex. Longer-term spasticity benefits were found with TES and with direct current stimulation in the thoracic region of the spinal cord.

“To improve the methodological rigor of the evidence, more [randomized trials] with a higher level of quality, more participants, and a longer follow-up period are needed,” the researchers wrote. 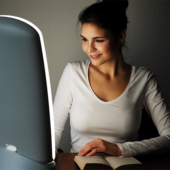